Owen Stacey offered up an interesting revelation when asked what first attracted him to the game of hockey a number of years ago.

“I was first attracted to hockey around age four because my pre-school friends played and I liked the equipment,” said Stacey.

Fast-forward 14 years or so and it’s a given that Stacey, now a senior leader for E.O. Smith hockey coach John Hodgson, is still well-equipped when it comes to an impressive list of skills that he relies upon while leading their Panthers to success on the ice.

Claire Greene, a freshman who has already assumed an important role with her E.O. Smith girls basketball team this winter, followed a slightly different path toward her sport of choice.

“I was first attracted to basketball when I was younger. I would join in when my neighbors played in their driveways,” said Greene. “After playing on Mansfield travel and rec teams, it eventually led to a love for the game.”

E.O. Smith coach Mary Roickle and the rest of her players are certainly loving Greene’s game-skills these days after the varsity newcomer helped their Panthers secure the Central Connecticut Conference tournament title recently with some huge plays down the stretch of what eventually became a 53-45 victory over Newington.

“Claire is a student of the game,” said Roickle. “She listens and applies herself to understand and deliver within the team concepts of offense and defense. She works hard to improve her individual skills.

“She is adept at ball-handling and passing, possesses an accurate shot with 3-point range and can dribble-penetrate. She senses where rebounds will end up and positions herself well to go get them.”

That ball-handling, passing, 3-point shooting and rebounding all paid huge dividends for the fifth-seeded Panthers in their CCC championship game showdown against No. 3 Newington.

Greene scored just five points in the title game, but all of them arrived in the decisive fourth quarter, none more important than a 3-point swish with 1:47 remaining that turned a squirmy 44-42 E.O. Smith advantage into a 5-point lead.

And it was her offensive rebound following a pair of Panther misses from the foul line that paved the way for teammate Allie Raynor to convert two free throws and stretch the lead out to seven. Greene then added a key block on defense as the Panthers (22-3) used the tourney title as a springboard into the CIAC Class LL state tournament where they opened play with a 69-44 first-round victory over South Windsor.

“Claire is always working to improve offensively and defensively,” said Roickle. “She has an innate sense to use her athleticism and quickness to be in the right place at the right time on the court.

“Early in the season as a freshman, Claire earned being the first player off the bench. She brings a presence of energy and hard work that sparks our play with key shots, passes, rebounds, steals. For Claire, it’s the quantity of her stats — it’s the quality of what she delivers when she is playing.”

Greene averages 4.1 points and 3.9 rebounds per game for her Panthers, but it’s the timing of the big plays she delivers that have already stamped her as an important piece of E.O. Smith’s program for years to come.

“I don’t feel my role has changed much since the beginning of the season,” said Greene. “Whether it’s setting a screen, getting a rebound, playing tough defense, cheer from the bench or take an open shot, my role is to do whatever they need me to do.

“I like to believe my biggest strength is to make my teammates better either in practice or during a game. I try to play for the team and not myself.”

Stacey was a known commodity well before he joined the Panthers as a freshman and was immediately inserted into a prominent role once he arrived in Storrs.

“Owen was a known talent when he got to high school,” said Hodgson. “He joined us as a freshman and immediately played on our top varsity line with 2-time All-Stater Nick Mayer and Evan Valenti. He effectively replaced Nick’s brother, Pete Mayer, who had just graduated after scoring four goals in the final while leading our team to its 2015 state title. Owen even confidently chose Pete’s No. 10 jersey. As a freshman, Owen helped lead the team to its second consecutive CCC South title.”

The Panthers currently boast a 15-5 record while preparing for the CCC tournament as well as the upcoming Division II state gathering.

E.O. Smith could be a tough out in both post-season tourneys if Stacey delivers like he did on Senior Day while leading the Panthers to a 4-1 CCC South Division victory over WMRP (Wethersfield-Middletown-Rocky Hill-Plainville) as the University of Connecticut’s Freitas Ice Forum.

Stacey pumped home a pair of goals and dished off two assists for good measure. Stacey then added two more assists in a 5-1 non-league victory over the Connecticut Redhawks that wrapped up the regular season, padding his season stats to 22 goals and 26 assists for 48 points.

“It is in this year, as a senior, that I have seen the most improvement in Owen,” said Hodgson. “He played on a talented premier team in the offseason and I think it really helped his vision and sense of time on the ice. He’s also really focused this year on seeing where he can go with hockey.

“His 26 assists this year are a testament to his growing ability to see others on the ice and find them with timely passes. He has, remarkably, doubled his point total from last season when he made first-team All-State. Part of this is a testament to the talent of his linemates, fellow seniors Gavin Till [18 goals, 21 assists, 39 points] and Ross Lennon [14-15 — 29]. Owen has clearly reached a new level this year. His teammates also elected him captain and he has carried this title well. He is passionate about his team and playing for his school and sets a great example.”

“Over the years, I’ve taken on more of a leadership position on the team,” said Stacey, who has lit the lamp 55 times and collected 76 assists for 131 points during his career at E.O. Smith. “As a freshman, I respected the captains of the team a lot and that sort of taught me how to lead a team.

“My strengths are definitely my speed and my ability to find teammates in tight spaces. This year, the team has had one of the best seasons of my career and I couldn’t be more proud. I plan to take a gap year next year to focus on more hockey opportunities.” 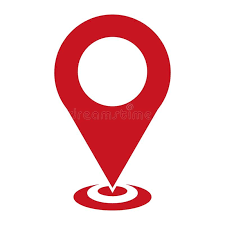